Hello everyone! We are well into February which means we are getting really close to spring! Whew!

Today I wanted to touch on a somewhat controversial subject out there in the realm of healthy living: gluten and gluten free diet. Unless you are living under a rock, you have heard a lot about gluten and whether or not it might be bad for us. Is it really the enemy? Who needs to avoid gluten?

Gluten is a group of proteins found in grain products such as wheat, rye, and barley. Gluten gives bread dough that sticky, glue-like texture. In fact, the word “gluten” comes from “glue”. Gluten also gives bread that chewy, satisfying texture when baked. Comfort food at its best!

What kinds of foods have gluten?

In general, gluten is found in foods that contain wheat, flour, and certain other grains. So, think bread, pasta, cereal, cakes, cookies, baked goods, and beer. Wheat is also added to many processed foods. If you are avoiding gluten, label reading is extremely important.

When is gluten a problem?

Most people can tolerate gluten without any problems. However, there are some with certain health conditions who cannot tolerate gluten. This includes those with Celiac disease, wheat allergy, and gluten intolerance.

Celiac disease is not very common in the general population (occurs in 0.7-1% of people). This disorder is an autoimmune process in which the body treats gluten as a foreign invader and consequently causes uncomfortable symptoms such as abdominal pain, diarrhea, bloating, and constipation. It can also cause non-gastrointestinal symptoms such as rash, tiredness, and depression. If not recognized and treated, Celiac can cause anemia, nutritional deficiencies, and impaired growth in children.

Celiac disease is diagnosed by the presence of antibodies in the blood and then confirmed with a biopsy of the small intestine. Sometimes, Celiac can be difficult to diagnose with many people not even knowing they have it! The treatment is a strict gluten free diet.

There are some people who do not have Celiac but are otherwise intolerant to gluten. This diagnosis is not well accepted in the medical community because it is difficult to diagnose, making it somewhat controversial. There is no confirmatory test. Diagnosis is typically based on symptoms when Celiac disease and wheat allergies have been ruled out. Symptoms are similar to Celiac– diarrhea, abdominal pain, bloating, tiredness, and depression with exposure to gluten. It is unclear how many people actually have gluten sensitivity but is likely a small fraction of the population.

However, the above mentioned symptoms are not very specific and can also be attributed to other conditions such as irritable bowel syndrome (IBS), fibromyalgia, or hypothyroidism. Therefore, it is a good idea to consult with your provider to have all of your symptoms and history evaluated.

About a gluten free diet

If you need to follow a gluten free diet due to Celiac or gluten sensitivity, fear not, you have many options!

Luckily, there is an abundance of gluten free products available in grocery stores. Also, many restaurants are becoming more sensitive to the needs of gluten free customers. You need to be careful, though, because even if a product or dish states gluten free, it still could have been contaminated by a cooking space, utensil, or gluten containing food. Those with Celiac need to be careful.

There are plenty of foods that are naturally gluten free including:

And more! A gluten free diet is certainly doable.

And the million dollar question…

Most people don’t need to avoid gluten. Why pay extra for that gluten free pasta or pizza dough? It’s not doing you any favors health wise. However, if you believe you are having symptoms of gluten sensitivity, a gluten free diet is harmless to try. If symptoms improve on that diet, then great! If not, you may have another underlying health condition and should seek evaluation.

What misconceptions have you heard about gluten? Has a gluten free diet helped you? Let me know in the comments!

Disclaimer: Information contained in this post should not be substituted for medical advice. Therefore, if you think you are having a problem, contact your own provider who knows your health history. 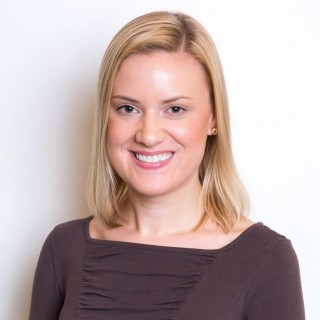